Make Pom Poms on a Budget

Make Pom Poms: There are several kinds of Pom Pom makers. None of them are difficult to use. However, before purchasing one, read the instructions on all of them and decide which one you prefer to use.

On a Budget?
If you’re on a budget and have a lot of spare yarn lying around, make your own pom pom maker and use your left over yarn.

A.   How to Make Pom Poms using Toilet Roll tubes

NOW The Trimming of the Pom Pom Begins 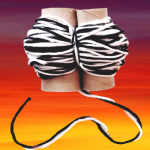 Above is the link to a YouTube video called “The Secret to Making the Perfect Pom Pom“ by “Charlotte” and which you may find helpful.

B.  How to Make Pom Poms using Cut Out Cardboard if you don’t have Toilet Roll tubes handy.

Below is a link to a YouTube video by Red Ted Art which you may find helpful.

If you have any questions, feel free to go to our craft store and send me an email.